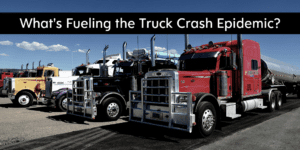 In 2016, there were more than 4,300 deaths in accidents involving commercial trucks. That’s a 28 percent increase from 2009. We’re in the middle of a truck crash epidemic. Our passenger vehicles have continued to grow safer as technology advances, yet our semi trucks remain stagnant.

Crash avoidance technology is not new. Most cars today come standard with features like automatic emergency braking and collision warning systems. In fact, by 2022, the auto industry has promised that it will be standard on all passenger vehicles in the United States.

Trucks, on the other hand? No such luck. The trucking industry has made no similar promises, and no meaningful change or regulation surrounding safety features has come from the National Highway Traffic Safety Administration. It turns out that this isn’t the only area of safety they’re failing in.

Why Are the Deaths Rising?

What is the cause behind the increase in fatalities from truck accidents? There are many to consider, but we’ll be taking a look at speed today.

According to the National Transportation Safety Board, speeding, distracted driving and driver impairment are the three top causes of fatal accidents.

One of the reasons that truck crashes have only gotten deadlier is that speed limits have continued to rise throughout the country. Even with all the bells and whistles, modern cars are not designed to withstand the impact of an 80,000 pound truck barreling down the road at highway speed.

What Are We Doing About It?

We have the facts, so is anyone taking any action? It doesn’t appear so. The NHTSA has been aware of the issue for decades now and there are still no signs of change on the horizon.

It’s not the first time that the NHTSA has taken the easy way out of a problem instead of focusing on saving lives. We’ve established that speed is a major contributor in rising death rates. You’d therefore assume the regulatory body in charge of commercial trucks would make some much needed changes. 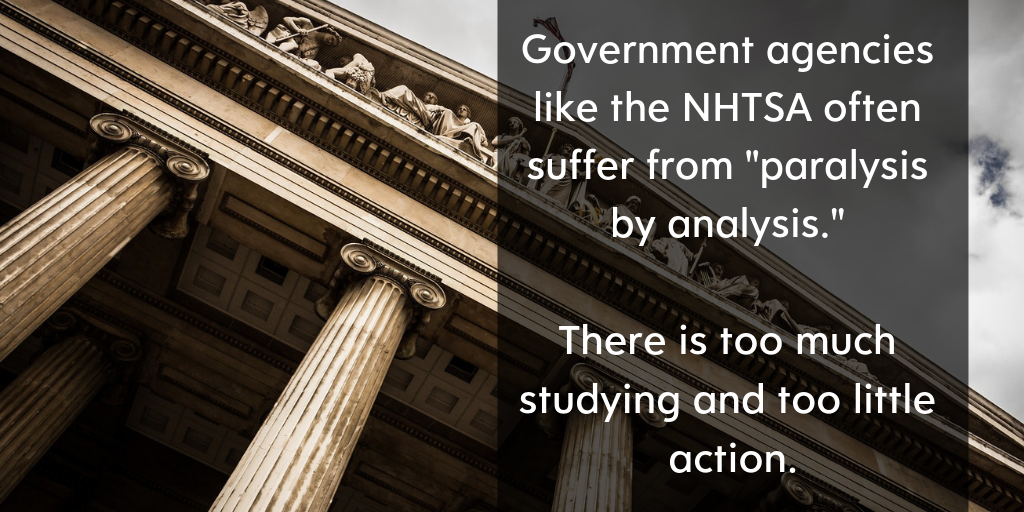 In 2006, the agency was considering a proposal that would limit the speed of commercial trucks to 68 miles per hour. It was an easy fix, and it wouldn’t have cost manufacturers, driver, or trucking companies extra money. It also would have prevented 1,115 fatal crashes a year.

That’s according to the agency’s own estimates and research. For no additional money, the agency could have helped slash the annual deaths by over 25%, and yet they failed us. After 11 years, the proposal was shelved after industry complaints and uncertainty over the new government administration.

Even when the answer was so easy and so clear, it was ignored and put back on the shelf to gather dust.

If you or a loved one has been injured in a commercial truck accident, we’re here for you. You may not be able to count on governmental bodies to put you first, but at Brooks Law Group, we don’t know any other way of business. Our attorneys and staff are dedicated, experienced, and committed to providing you with the best client experience possible. You can call our offices at 1-800-LAW-3030 or visit us online for your free case evaluation. Don’t wait; get justice today!