Were you or a loved one exposed to the toxic water at Camp Lejeune? 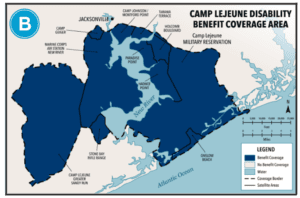 Camp Lejeune Justice Act of 2022 – YOUR Opportunity to Receive the Compensation YOU deserve!

Now, blame is no longer an issue. What is important is that justice is served to those who were affected by Camp Lejeune’s contaminated water. Brooks Law Group will not stop until that goal is reached and justice is served to those that experienced health related issues due to the toxic water. It is our mission to help these victims get the compensation they justly deserve after living with contaminated drinking water for more than three decades. If you are one of the described individuals, you need an expert Camp Lejeune attorney to fight for your rights. We urge you to contact our experienced lawyers for a free consultation and learn more about your legal benefits. 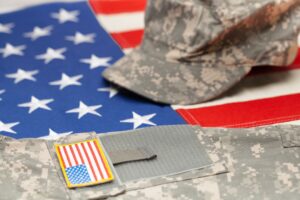 If you have been diagnosed with cancer after exposure to the contaminated water present at Camp Lejeune, you should learn about your legal right to compensation.

In the 1980s, toxic chemicals were found in Camp Lejeune’s drinking water. The contamination was a result of improper disposal practices, which led to the release of chemicals into the groundwater, this eventually spread to wells that provided drinking water for residents living on base. This contamination resulted in a variety of health problems for many of the veterans who lived on base during this time period.

For example, an estimated thousands of gallons of trichloroethylene (TCE) were released into the groundwater at Camp Lejeune between 1953 and 1988. TCE is a known carcinogen and can cause liver damage, kidney failure, skin irritation, and cancer in humans.

The toxic chemicals that were found in the waters of Camp Lejeune are the following:

After years of denying any responsibility, the U.S. Department of Defense has finally recognized the health risks associated with contaminated water at Camp Lejeune in North Carolina. As a result, it shut down two wells at Camp Lejeune. The move came only after pressure from veterans, families, and veteran advocacy groups. 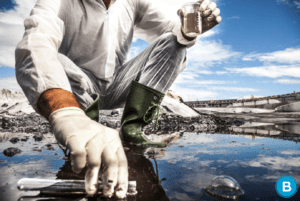 Investigations conducted by the Environmental Protection Agency (EPA) have proven definitive evidence that veterans were drinking water that contained harsh chemicals for decades. Not only were they drinking this water, but they were bathing in it, washing their clothes in it, and cooking with it daily. As a result, there were thousands of people exposed to these harsh substances. Many deaths have also occurred.

Research has shown a connection between these toxic contaminants and the development of certain diseases later. If you served or lived at Camp Lejeune and have one of these conditions and a related diagnosis, you may qualify for financial compensation. The health conditions are as follows:

Our main goal is to recover maximum financial compensation as quickly and efficiently as possible on behalf of our clients. If you or a loved one served at Camp Lejeune between 1953 and 1988 and have been diagnosed with one of the diseases listed above, call us today for a free consultation or to discuss your case.

At the Brooks Law Group, we fight major corporations on our clients’ behalf on a daily basis. Our attorneys and staff know what it takes to fight back against companies that value the bottom line over the safety of our society.

That’s why we’re dedicating to helping Floridians who have been diagnosed with health issue following their stay at Camp Lejeune.

If you or a loved one has been diagnosed with health complication after exposure to the contaminated water at Camp Lejeune, contact the Brooks Law Group today. Parties at fault must be held accountable to the law, and we’ll be there to make sure that happens. Call today or fill out our form online to start your journey to justice. Don’t let the major corporations win; receive the financial compensation and justice that you deserve by contacting us now!