Home Blog The Future of Self-Driving Trucks: Are We Close?

The Future of Self-Driving Trucks: Are We Close? 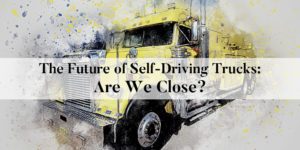 Recently, we looked at the future of self-driving cars on this blog post. If autonomous cars aren’t too far ahead, it only makes sense that commercial trucks would be going the same way. Currently, commercial truck driver is one of the most common jobs in our country. Our roads are filled with millions of big rigs, and according to Murphy’s Law, that means there are bound to be some accidents. Many people believe self-driving trucks and cars would drastically decrease accidents on the road.

How is autonomous technology disrupting the trucking industry, and has it already started?

Over the next two years, a Chinese self-driving technology developer has announced they’ll bring 500 new jobs to the Tucson area.

TuSimple, headquartered in both Beijing and San Diego, is a company that is working on creating self-driving commercial trucks. The company has been testing their autonomous semi trucks at a facility in Tucson for the past year.

Recently, TuSimple began to generate revenue by hauling cargo for other commercial carriers in their area. By 2019, the company expects to have a fleet of 200 autonomous trucks. The jobs will include engineers, drivers, administration and more.

Progress happens so quickly! I haven’t heard a lot of buzz about self-driving trucks; at least not as much as passenger vehicles. To find out a company is already drawing revenue from their fleet is impressive!

Technology doesn’t come without controversy, and there are many sides to any story. While we’ve seen that some companies are adding jobs to the market, many worry about the opposite problem.

A recent study by the UC Berkeley Center for Labor Research and Education and Working Partnerships USAconcluded that 294,000 jobs in the trucking industry are at high risk from driverless technology. As driverless trucks become the norm, long haul jobs for drivers are estimated to shift to local driving and last-mile delivery jobs. These jobs are likely to earn lower wages and lack the job protection drivers currently have. 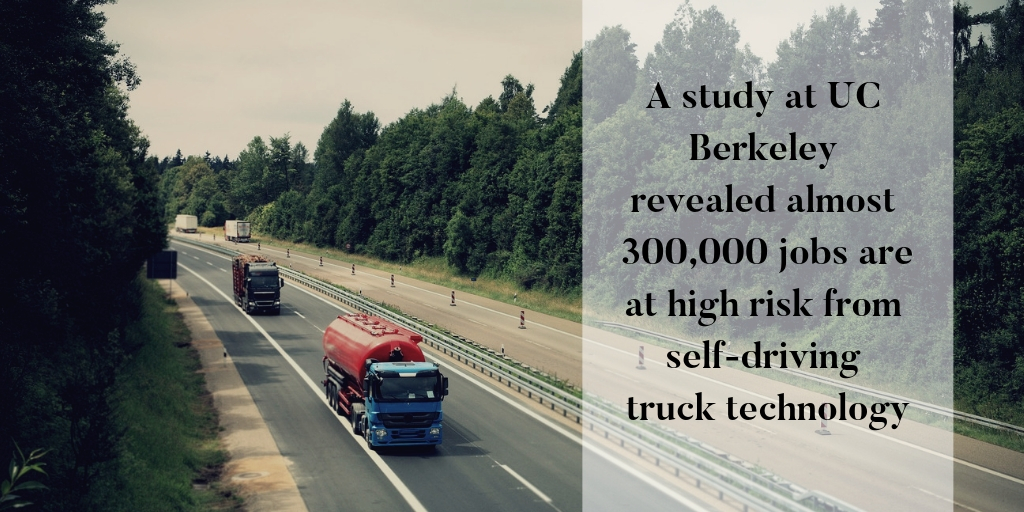 As autonomous trucks start to fill the roads, it’s inevitable that the job market for long haul drivers will change. Just like every technological innovation before, it comes with a cost. As the need for drivers decreases, we can expect to see less of them employed. People who previously earned their livelihood as a long-haul trucker will be forced to find alternate work. In the trucking industry, or in something unrelated.

In conclusion, just as automation and outsourcing radically changed the lives of factory and assembly line workers, you can expect the same for today’s truck drivers.

While the future may involve autonomous vehicles and far less accidents, we aren’t there yet. Our roads can still be a very dangerous place and accidents happen. If you or a loved one has been injured due to someone else’s negligence, call our offices today. You can reach us at (800) LAW-3030 or fill out a case review form online for your no obligation consultation. Our attorneys and staff provide the best client experience possible, and you owe us nothing unless compensation is recovered for your case. Choose the firm your community trusts and contact us today!