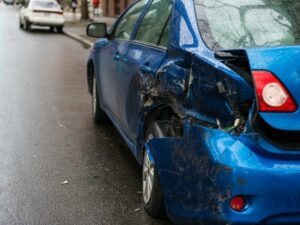 By law, Florida drivers must stop at the scene of any crash that involves property damage, bodily injuries, or death. When a driver flees the scene, they may not only face misdemeanor or felony charges, but could also be held civilly liable for their actions. If you were hurt in a crash involving a hit-and-run driver in Tampa, an experienced car accident lawyer can explain your options for obtaining compensation.

You don’t have to handle the insurance and legal logistics after a hit and run by yourself.
Talk to a Tampa hit-and-run lawyer at Brooks Law Group. Since 1992, our attorneys have fought for the rights of people who’ve been harmed in accidents caused by negligence. We have the resources and skills to handle the most complex auto accident cases. Call or contact us for a free consultation.

What Is a Hit and Run Accident in Tampa?

A Tampa hit-and-run accident occurs when a driver causes a crash involving another vehicle, cyclist, or pedestrian and then leaves the scene. Statistics from the Florida Department of Highway Safety and Motor Vehicles (FLHSMV) recorded 600,185 hit-and-run crashes in the Sunshine State over a recent five-year period, resulting in 1,298 fatalities.

Drivers typically leave the scene of a crash because they panic. This might be the case if they were committing a crime at the time of the collision or lacked proper insurance coverage.

Some of the most common causes of hit-and-run accidents in Florida include:

Can I Get Compensation for a Hit and Run Accident?

There are a few options for financial compensation for hit-and-run accident victims in Florida.

You could file a claim against their insurance policy or seek compensation through a personal injury lawsuit if the negligent driver is found.

If authorities cannot locate the at-fault driver, you can also make a claim against your own automobile insurance policy. Your Florida no-fault Personal Injury Protection (PIP) benefits will cover the first $10,000 in accident-related losses.

Florida insurance companies also offer uninsured/underinsured motorist (UM/UIM) coverage. If you purchased this coverage, you could make a UM claim with your insurer because the negligent driver’s insurance status is unknown.

Compensation may include money for:

With the help of a skilled hit-and-run lawyer, you could potentially recover the compensation you need to pay your bills, repair your vehicle, and move on with your life.

What to Do After a Hit and Run Accident in Tampa

The first thing you should do if you were involved in a hit-and-run accident is to make sure you are safe from additional harm. Move your car off the road to avoid a secondary crash if it is safe to do so. Then:

Contact a Hit and Run Accident Lawyer in Tampa, FL

Did a driver leave the scene of a crash after hitting you in Central Florida? Reach out to the Tampa hit-and-run lawyers at Brooks Law Group as soon as possible. We can launch an immediate investigation into the accident to improve your chances of locating the responsible driver.