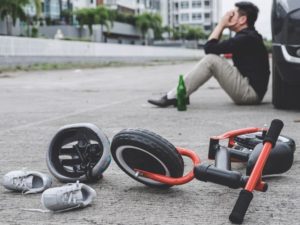 A drunk driving accident can result in severe injuries, a damaged or totaled vehicle, and expenses you never planned for. To make matters more complicated, Florida’s no-fault car accident laws make it difficult (though not impossible) to recover full compensation for your losses. This leaves many victims feeling helpless and frustrated when involved in a crash with a driver who was drunk.

If a drunk driver crashed into you, Brooks Law Group can help. Our team has been assisting people who have been hurt in Florida drunk driving accidents since our founding in 1992. Put our knowledge and experience to work for you. We’ll fight to hold the intoxicated driver fully accountable for all of your injuries and crash-related losses.

Brooks Law Group is a nationally recognized Winter Haven personal injury law firm. We’re proud to have been recognized by the National Trial Lawyers as one of their Top 100 law firms. We also have a strong track record of success for our clients, having helped them collect millions of dollars in compensation for their injuries.

If you were hurt by an intoxicated driver, our Winter Haven drunk driving accident attorneys will be ready to get you answers and justice. Call or contact us today for a free consultation.

The most current statistics from the Florida Department of Highway Safety and Motor Vehicles show that drunk driving is a serious problem in The Sunshine State.

Driving Under the Influence Laws in Florida 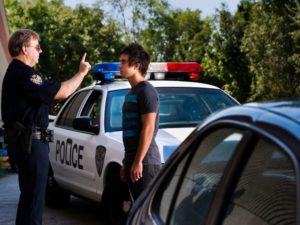 Driving under the influence (DUI) is a serious crime in Florida. Here are a few of the key DUI laws you should be aware of:

People who are charged with DUI face civil penalties as well. Florida personal injury laws allow people who are seriously harmed in drunk driving accidents to seek compensation for their losses through claims with their own insurance company or, in certain circumstances, a third-party claim. A lawyer from Brooks Law Group can help with your civil claim for compensation.

Some of the most common injuries that occur in drunk driving accidents include:

What To Do If I Have Been Hit by a Drunk Driver?

Your first priority after being hit by a drunk driver is to get immediate medical treatment, even if you feel fine. Once you’ve done that, here are your next steps: 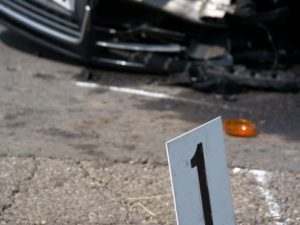 If your injuries meet the serious injury threshold, you can go after the other driver for additional compensation not covered by your PIP benefits. However, you will still have to prove the other driver was at fault. Some evidence that can be used to establish fault includes:

How Our Drunk Driving Accident Lawyers in Winter Haven Can Help

After being hurt in a drunk driving wreck, the last thing you need to be doing is wrestling with your insurance company and contemplating filing a third-party claim against the at-fault driver. An experienced drunk driving accident attorney in Winter Haven at Brooks Law Group can ease your burdens.
While you heal and take care of your other personal needs, our legal team can start gathering evidence to build your case. We can use your medical records and other proof to show that your injuries meet the Florida serious injury threshold required to file a personal injury claim.

Once that’s done, we’ll open settlement negotiations with the other driver and their insurance company. As those negotiations proceed, we’ll also be preparing your case for court, so we’re ready if a lawsuit is necessary to get you the money you need.

Our team is prepared to help you get the compensation you deserve after a drunk driving accident. Learn more by calling our Winter Haven office today or by visiting our contact page to get a free case review.