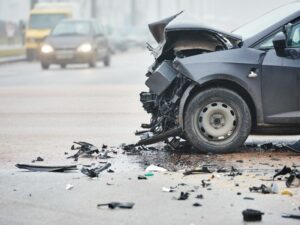 With sunny beaches, thrilling amusement parks, and fascinating cultural attractions, Tampa is one of Florida’s most popular destinations for visitors and residents alike. Unfortunately, this means roads in Tampa are often congested, and car accidents are frighteningly common.

According to the Florida Department of Highway Safety and Motor Vehicles (FLHSMV), more than 29,000 crashes occurred in Hillsborough County alone in a recent year. Of those crashes, more than 20,000 people were injured, and 176 were killed.

Have you been seriously injured in a car accident in Tampa? Talk to an attorney at Brooks Law Group today. You could be entitled to compensation for medical expenses, lost wages, pain and suffering, and other losses.

Let us help restore your sense of personal and financial well-being. Call or contact us today for a free consultation.

You were hurt in a car accident in Tampa due to another driver’s negligence. Your ability to claim compensation for your losses will depend on whether you can demonstrate the causes and effects of the crash. Some of the most common contributing factors in Tampa car accidents include:

How Brooks Law Group Can Help You

If you were involved in a Tampa car accident, look no further than the personal injury team at Brooks Law Group. Since 1992, our passion for serving injured victims has earned us a reputation for success and allowed us to secure millions of dollars in compensation for deserving clients. We can help you with your car accident claim by:

Contact a Car Accident Lawyer in Tampa for Help 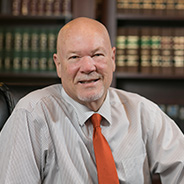 If you need help after a Tampa car accident, Brooks Law Group’s knowledgeable attorneys are standing by. Our team is available 24/7 to respond to your concerns and ensure you receive the individual attention you need.

At our law firm, we believe that justice should be accessible to Floridians regardless of their ability to pay. That’s why we charge no fees to get started on your claim and only get paid if your case wins. Contact us today for a free case review.