Why Wasn’t Uber Charged in a Fatal Self-Driving Car Accident? 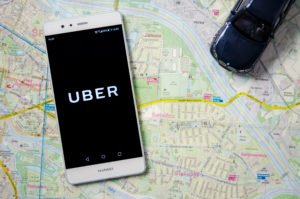 The news of an Arizona bicyclist who was struck and killed by an autonomous Uber vehicle in 2018 made national headlines. At the time, the public wondered if the company would face charges. But recently, the safety driver hired to oversee the autonomous car was charged with criminal negligence. However, neither Uber nor the company that created the automated system was charged.

Why? That’s a question that has left many people confused. Read on to learn more from the Winter Haven car accident lawyers at Brooks Law Group.

Why Wasn’t Uber Charged in the Fatal Autonomous Car Accident?

Although many people believe that Uber and the manufacturer of the vehicle should face charges, the likely reason they will not is because the legal system is grappling with how to prove liability in a world where new technology is constantly evolving. It’s much easier to place the blame on an individual who has control of the technology in question.

Of course, that’s not always true. There are plenty of cases where automakers have been held liable for selling defective products that led to deadly car accidents. But autonomous cars are relatively new, and not many people understand the complexities of the system.

The safety driver in an autonomous car is responsible for overriding self-driving features if the car does not appear to properly sense or respond to an imminent threat. It’s a much more straightforward case to convince a jury the Uber driver was negligent, especially when evidence shows she was watching a reality TV show on her phone when the crash happened.

What to Do After an Uber or Lyft Accident in Florida?

As with any car accident, you could have rights to compensation if you’re hurt in a rideshare crash. You can protect any future injury claims by taking the following steps after an Uber accident in Florida:

If you have been hurt or lost a loved one in a rideshare accident, the Winter Haven Uber/Lyft accident attorneys at Brooks Law Group are here to help. We understand the complexities of rideshare accident laws and can investigate your claim to determine how they apply in your case. Our goal is to obtain maximum compensation with as little interruption to your life as possible. You deserve to recover in peace.

It’s easy to get started. Call or contact us for a free consultation.