Why Is Drunk Driving Still Killing Thousands Per Year? 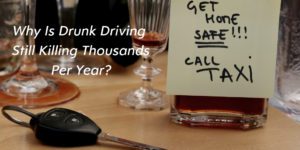 We live in a world of information. There are statistics, numbers and reports for nearly every action we do. Somewhere, someone has calculated risk factors for everything under the sun. A quick Google search can even tell you how many people die per year from vending machines (2.18 per year).

In this age of easy information, there is no excuse to ignore the facts. We’ve heard for decades now how dangerous drunk driving is. This isn’t just word of mouth. We have piles of reports that show real world numbers for just how high the stakes are. So, let’s take a look at some of those numbers today.

How Dangerous is Drunk Driving?

The numbers don’t lie. Every year, we lose thousands of lives to drunk driving. It doesn’t matter how many safety features your car may have, alcohol-impaired drivers put you in serious risk on the road.

According to the CDC, 29 people die in the U.S. every day due to drunk drivers. That’s one death every 50 minutes.

Some more numbers for you:

I don’t know about you, but these statistics are shocking to me. All of the facts lead to one conclusion. Drunk driving kills, and it will continue to kill until we fix the problem. Yet, more than a quarter of our country’s traffic fatalities still include drunk drivers. 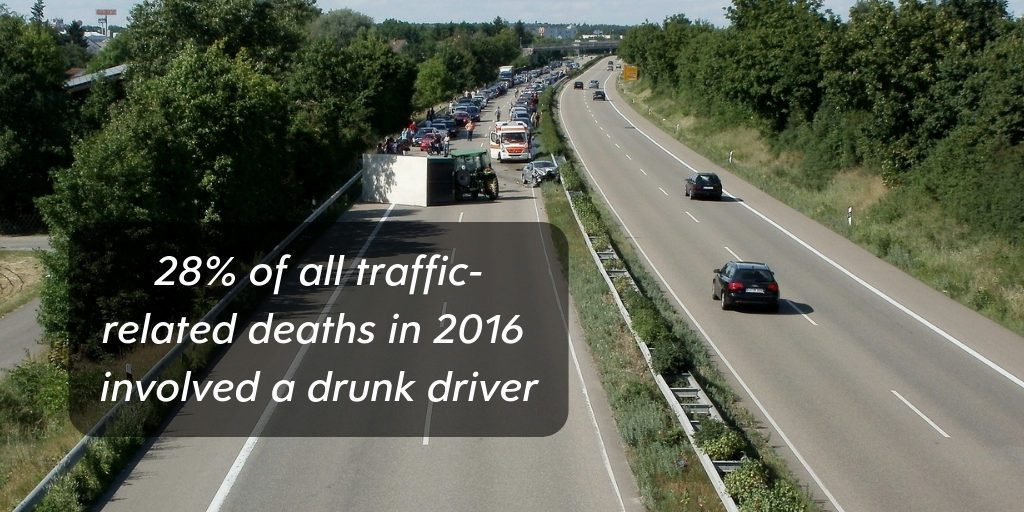 Who Is Most at Risk?

What sort of drivers are the most at risk for alcohol-impaired accidents?

Why Is This Still a Problem?

This is a bit of a rhetorical question for me, because I’m honestly not sure. It is easier today than it has ever been to stay off the roads when you’ve been drinking.

Our government has spent many years and lots of money trying to educate the public about drunk driving. This isn’t news to anyone, and yet we lose thousands every year still.

There are so many solutions to stop the problem, yet they don’t seem to be fixing the issue. If you’ve been drinking, it’s very easy to staff off the roads.

Before you start drinking, you should have already made your plans to get home. Take turns with your friends or family as designated drivers. One person may have to give up a night of drinking, but it beats a lifetime spent in jail after killing another motorist.

Arrange for an Uber

In 2019, there are few places you can go where an Uber can’t reach you. Our phones now have the power to arrange for transport in a matter of minutes. You can pay a few dollars now, or you can pay thousands for a DUI conviction. It shouldn’t be a tough decision.

Drunk driving kills, and that’s something we all know. That doesn’t mean it isn’t still a huge problem. If you or a loved one has been injured by the negligence or impairment of another, you need legal representation.

At the Brooks Law Group, it’s our mission to provide you with the best client experience possible. If we don’t recover money for your case, you don’t owe us anything. Our attorneys and staff treat every case and every client like an individual. Connect with a firm that cares about you. Look to Brooks!