Traffic in Tampa, FL Cost Commuters Over a Billion Dollars in 2018 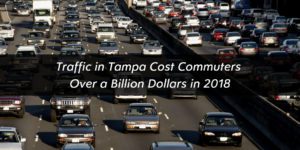 Drivers in Florida’s bigger cities are no stranger to traffic. Whether you’re in Orlando, Tampa or elsewhere, construction and congestion are two words you’ll quickly become accustomed to. Bumper to bumper traffic may raise blood pressure, but not all of its costs are health and stress-related.

The Financial Cost of Traffic

It’s no surprise that big cities have large amounts of traffic. Anytime you pack together hundreds of thousands, or even millions, of people together, there are going to be issues. During peak driving hours when everyone is going to work or coming home from a long day, the traffic reaches an all-time high.

If you live in Tampa and you feel like you’re losing multiple days of your life to traffic every year, you’d be right. A recent study from the traffic-data firm INRIX revealed that Tampa drivers who are on the road during the busiest hours of the day lost an estimated 87 hours over the course of 2018. 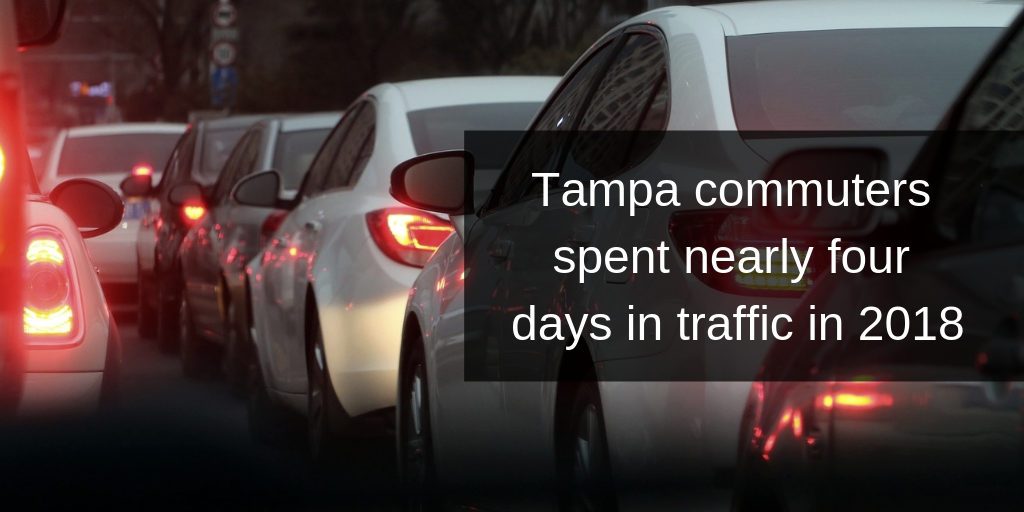 In other words, Tampa morning and afternoon commuters are spending more than 3 days a year in traffic. Tampa ranks 17th among major cities for annual time lost to traffic. The problem is only getting worse.

From 2017 to 2018, there was an 11% increase in lost time for Tampa drivers. As someone who has spent my fair share of time on Tampa’s roads, I can’t say I’m surprised.

The Personal Cost of Traffic

The cost of traffic isn’t measured only in dollars. We all hate traffic, and it has real effects on our daily lives. Here are a few of the symptoms common to high traffic areas.

When you live in a big city with congested roads, it can be difficult to arrive anywhere on time. Commuters are having to wake up earlier and earlier to reach work on time, and sometimes it still isn’t enough. The problem doesn’t end with the workday though. When you clock out and head home for well-deserved rest and relaxation, it can be very frustrating to be stuck in a 5pm gridlock.

Traffic can slow down the response time of emergency vehicles. While there are systems in place to alleviate this problem, even seconds added to emergency response time can be life-threatening.

When you’re stuck for hours in a traffic gridlock, blood pressure rises and tempers flare. Even the smallest inconveniences can set an enraged driver off, and the costs are sometimes deadly. According to the AAA Foundation for Traffic Safety, there are more than 1,200 road rage incidents reported per year. Many of these have ended in serious injuries or even deaths.

Let’s hope for all of our sakes that the city of Tampa can fix its increasing traffic problem. I wouldn’t mind getting back 87 hours of my life and a nice check for $1,216 for my time. For now, we’re left staring at miles of brake lights.