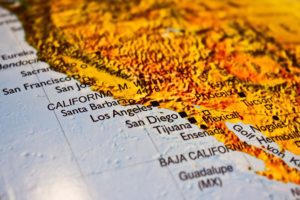 If you’ve been on social media recently, you’ve likely encountered posts about California’s Bill, SB-145. Some people have taken to calling it “The Pedophile Bill.” Many posts misconstrue the intent of the bill as “supporting pedophilia and other sex crimes.” Well, today we’re going to see what SB-145 is really about.

Here at Brooks Law Group, we stand against sexual abuse of all kinds, and we’re active in the fight against sex trafficking. Even though this is not the type of law we practice, it’s smart to stay aware of these important new laws. Note that this bill is from California, while we are located in Florida. We just hope that this article breaks through the social media noise and educates you on the facts of this bill.

In May of 2019, Democratic senator Scott Weiner presented SB-145 (SB stands for Senate Bill) to the California Senate. The bill aims to establish a state standard across the board for sexual misconduct. Before SB-145, sexual offense punishments varied depending on the type of sex that was had, especially when it involved minors. Senator Weiner believed that this was unfair.

It makes sense to weigh offenses differently depending on context, right? Well, the concern was an unequal distribution of punishments towards certain groups, namely the LGBTQ community. In California, the outlaw of gay marriages lasted until 2008, with Proposition 8 helping with the transition into legality. With this outlaw, the law regarding sexual conduct and offenses was skewed against the LGBTQ community, at least according to Senator Weiner. SB-145 is a bill that attempts to address that inequality.

The issue is that more young members of the LGBTQ community had to register as lifetime sex offenders compared to heterosexual offenders. The overwhelming majority of sexual offense cases that included LGBTQ members on either side of the offense didn’t involve intercourse.

Because of this, the sex offender registry requirements were biased against LGBTQ members. This makes SB-145 important, as it instead states that all sex offense cases need to be handled based on the merits of the case. Additionally, it states that the presiding judge should always be given authority over handing out punishments for the offenders, not an unchanging rule.

There are many very popular misconceptions on social media about the bill and its effect on the community in California. Here are the most common ones that have circulated the web since the signing of the bill in September, 2020:

Fact: SB-145 has very little to do with the permissions of anyone engaging in sexual conduct, especially minors. Instead, it aims to protect the rights of both perpetrator and victim as citizens. There are still rightful punishments for sexual crime in the state of California.

Misconception: “SB-145 will make it easier for sex offenders to get away with sexual crime.”

Fact: Not quite. There won’t be blanket punishments on certain types of sexual misconduct, but the punishments still stand. They will instead be based on a case-by-case basis instead of a particular, overarching rule of law.

Misconception: “SB-145 was written to protect predators, not regular people.”

That, above, is the purpose of the bill. An honest judge will determine whether or not actions, consensual, illegal or not, warrant lifelong sex offender registration. SB-145 aims to let judges decide, not a rule, because the rule seems to target people in the LGBTQ community.

Brooks Law Group is here to make the legal world clearer for everyone. Our attorneys would love to discuss your case with you and explain your rights. Our personal injury attorneys in Tampa, Lakeland, and Winter Haven are here if you feel you may need legal help, contact us today at 1-800-LAW-3030.