Exposure to glyphosate, the active ingredient in Roundup, has been linked to multiple forms of cancer.

Recently, a jury awarded $289 million to a former groundskeeper diagnosed with non-Hodgkin’s lymphoma after being exposed to Roundup.

For as long as we’ve been planting seeds and nurturing our crops to harvest, weeds have been a persistent problem. While there are many different types of weed, they all seem to have one thing in common: they’re bad for your garden or fields. They spring up out of nowhere and fight with our plants for valuable water and sunshine. They spread like a virus, smothering the crops around them in no time at all. Whether you’re a farm operator or a backyard hobbyist, they’re a problem that needs to be dealt with if the quality and harvest of your plants is important to you.

To deal with this persistent and pervasive problem, farmers and gardeners turn to herbicides, which are used to kill unwanted plants like weeds. 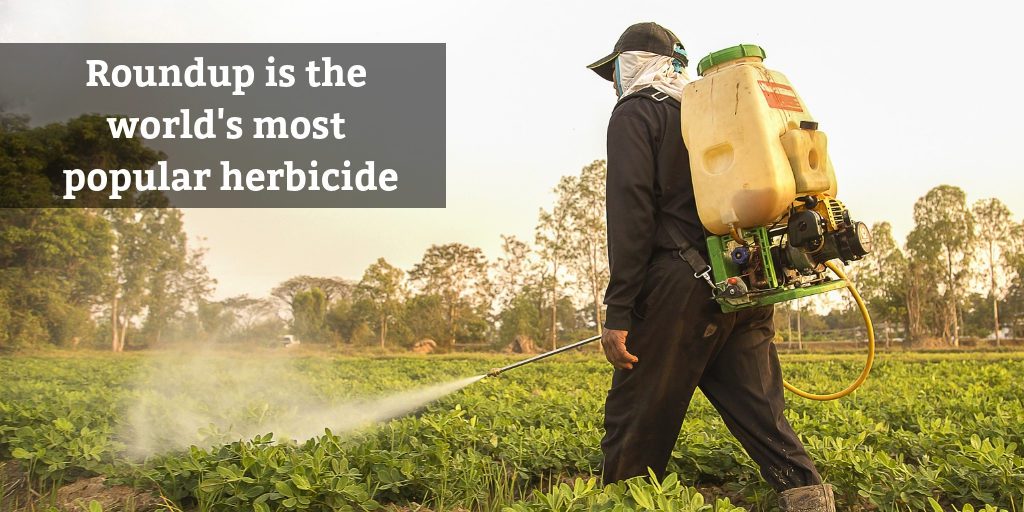 Today, Monsanto’s Roundup is the most popular herbicide in the world. Whether for commercial or portable use, Roundup has been flying off the shelves since the 1970s. Roundup takes no prisoners, and it will kill any and all plants that it comes into contact with.

What if the same chemical being used to kill off weeds was also causing cancer in the people who were exposed to it? 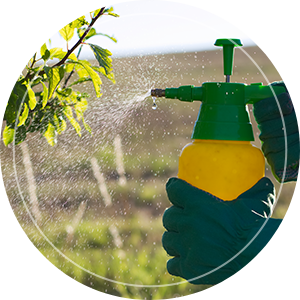 If you have been diagnosed with cancer after exposure to Roundup, you should learn about your legal right to compensation.

The History of Roundup

In the 1970s, a young Monsanto chemist was transferred to the agricultural division of the company. It was here that he helped discover and commercialize the chemical we now know as glyphosate. Glyphosate is the active ingredient in the massively successful Roundup weed killer.

While herbicides have been around long before glyphosate entered the picture, Roundup was different from the competition. In the past, herbicides had always focused on harming weeds only, leaving the healthy crops behind. Roundup, however, was not selective in its destruction. If Roundup was used on a living plant, it was killed. No exceptions. Roundup was a destructive force capable of killing everything it touched.

The product was affordable, effective, and touted as being environmentally friendly. Additionally, Monsanto went back for seconds in its commercialization of glyphosate. If you were concerned that Roundup was capable of killing everything in your field without prejudice, the company had the answer for you. Roundup Ready seeds. Monsanto was happy to sell farmers special, lab-developed seeds that were resistant to the chemical. Treating crops with the glyphosate-based herbicide became a breeze.

It only took a few decades to go from a relatively unknown, untapped chemical to the most successful herbicide on the planet.

While successful, the product has become increasingly controversial in recent years. 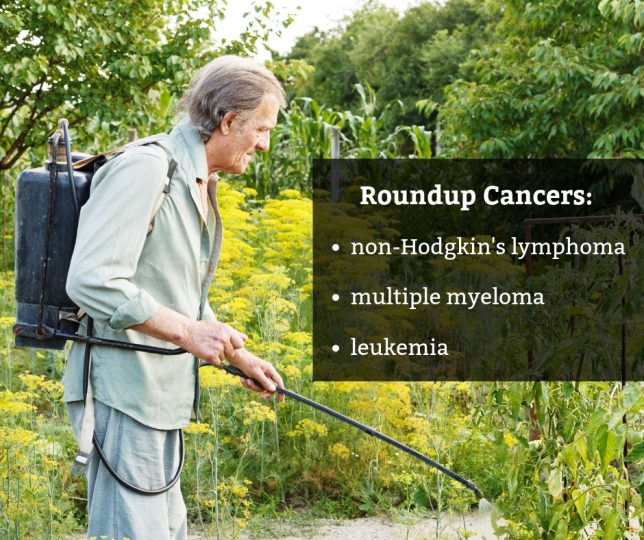 In 2015, the World Health Organization announced that the herbicide glyphosate was “probably carcinogenic.”

In 2017, the Office of Environmental Health Hazard Assessment announced that glyphosate would be added to the list of chemicals known by the state of California to cause cancer. Monsanto challenged the ruling by the OEHHA in court and was unsuccessful.

In August of 2018, a jury awarded a former school groundskeeper $289 million in damages after he was diagnosed with non-Hodgkin’s lymphoma. The former groundskeeper was exposed to Roundup 20-30 times a year in his position at the school. The case was expedited as the man was near death, and it was unsure whether or not he would even live to the date of the trial.

Glyphosate exposure has been linked to non-Hodgkin’s lymphoma and leukemia by the medical and scientific community.

In response to the scientific findings that link glyphosate exposure to various forms of cancer, Monsanto has been combative. In previous years, Roundup and its associated products have brought in a majority share of Monsanto’s global revenue. 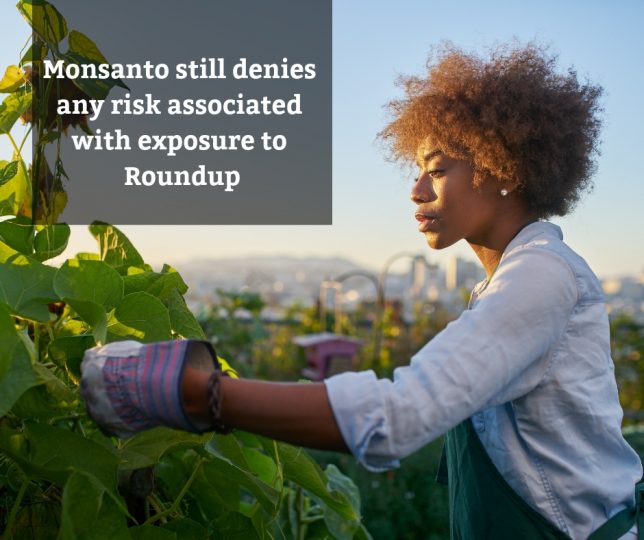 Monsanto still claims that the Roundup line is safe, and exposure to the products offer no risk of cancer or other detrimental health effects. Many believe that the company has known about the health hazards for decades now (since the 1980s) and ignored them in order to maximize revenue. Has the company been holding profitability in higher regard than human lives?

Do You Have a Roundup Case?

Monsanto is currently facing hundreds and hundreds of lawsuits across the country for its role in pushing a toxic and dangerous product.

Florida is a hub for our nation’s agriculture. Our state houses multiple major producers in citrus, peanuts, cotton, sugar cane and more. For years, farmworkers, farm operators and even backyard gardeners in our state have been exposed to frequent, and often high doses, of glyphosate herbicides like Roundup. The makers of Roundup have been outspoken for decades on the safety of their product. For this reason, many Floridians have been exposing themselves to a carcinogenic chemical for decades through no fault of their own.

Any person, or family members of a person, who has been exposed to Roundup, through personal or commercial use, and later diagnosed with non-Hodgkin’s lymphoma or leukemia may qualify to make a claim.

If you believe that you or a loved one has a potential case, we recommend you reach out to a trusted attorney immediately. At Brooks Law Group, our attorneys are practiced experts in the product liability field. We provide free, no obligation case reviews for anyone who believes they have been wronged by the Roundup product.

What you must know:

This year a jury award $289 million to a man diagnosed with non-Hodgkin’s lymphoma after exposure to the Roundup herbicide for his job. By the time the case was heard, the man had lesions covering up to 80% of his body due to his lymphoma.

Roundup is believed to be connected to Non-Hodgkin’s Lymphoma and it is speculated that Monsanto knew of the link between glyphosate and cancer as early as 1980.

You may qualify for financial compensation.

Monsanto, the company behind Roundup, is a massive, transnational corporation with billions of dollars in revenue from its flagship product. It’s a small wonder that the company is so dedicated to fighting the findings of scientific studies. They’ve even gone as far as creating fraudulent safety hazard testings in order to mislead the public on the safety of Roundup. Even after a jury awarded $289 million to a man diagnosed with cancer after exposure to Roundup, the company maintains its product is safe and presents no danger of cancer.

At the Brooks Law Group, we fight major corporations on our clients’ behalf on a daily basis. Our attorneys and staff know what it takes to fight back against companies that value the bottom line over the safety of our society.

That’s why we’re dedicating to helping Floridians who have been diagnosed with cancer after exposure to Roundup’s glyphosate-based herbicide.

If you or a loved one has been diagnosed with lymphoma or leukemia after exposure to Roundup, contact the Brooks Law Group today. Companies must be held accountable to the law, and we’ll be there to make sure that happens. Call today or fill out our form online to start your journey to justice today. Don’t let the major corporations win; receive the financial compensation and justice that you deserve by contacting us now!