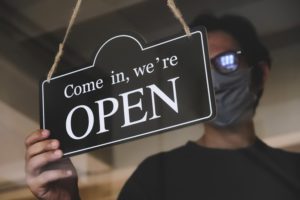 So far, there have not been significant increases in the number of COVID-19 cases. However, we have note seen a notable decrease in case numbers either. Florida is fast approaching Phase Two of our state’s plans to reopen the economy as the governor opens more and more businesses and increases crowd capacity within each.

While many people are divided on how we should handle the next few months in the wake of the pandemic, there is no doubt that change is coming. After entering Phase One this month, we are approaching Phase Two of DeSantis’s “Safe. Smart. Step-by-Step” state plan for reopening.

Rapid changes have occurred in Phase One and include an increase from 25 to 50 percent capacity for:

Other significant re-openings we’ve seen in the past few weeks include:

When we are fully at Phase Two you can expect:

To date Florida’s unemployment numbers continue to increase and the department is behind on unemployment checks while 1.3 million without compensation – some for 2 months.

There are currently over 50,000 positive cases in Florida.