Home Blog Killer Highway in the Heart of Central Florida

Killer Highway in the Heart of Central Florida 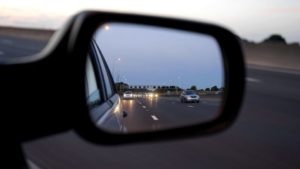 U.S. Route 27 encompasses many states in the Southern and Midwestern region including: Florida, Georgia, Tennessee, Kentucky, Ohio, and Indiana. U.S. Route 27 started as a stretch of highway with a purpose in the interest of tourism and held an economic responsibility to mainly, Florida. Not only was it a major hub for tourism into Florida, but today it is a major interstate that serves as a unique way to travel through America’s beautiful South with exits extending far in all directions for travelers to extend their trips with ease.

U.S. Route 27 is one of the longer highways in America that is the heart of Florida. However, because it is one of the more accessible highways for Florida residents, it can also be one of the most dangerous, as recent studies have shown.

Why is US 27 the 3rd Most Dangerous Highway in America?

Many factors have deemed U.S. Route 27 as the third most dangerous highway in the United States of America, according to research and studies conducted by the Department of Transportation. It is one of the deadliest highways for many reasons, but the biggest reason is attributed to its high fatality crash rate of 2.13 per million vehicles on the road, which is only .63 deaths lower than the number one most dangerous highway in America: Florida U.S. Route 1.

Over a 10-year period, there were 529 fatal vehicle crashes and 614 fatalities recorded on U.S. Route 27, making this not only a major hub of travel and tourism, but a major risk.

What are the types of distractions we face while driving?

Without distractions, driving is one of the most dangerous activities that a person can partake in daily; its risk level is rated above that of drinking alcohol, smoking tobacco, being involved in a terrorist attack, and being in a plane crash, among countless other perceived risks in the United States. The most well-known distractions include:

These seem like simple activities that wouldn’t affect a person’s ability to operate a vehicle safely while on the highway, however, they can pose as major threats to a person’s safety. It is extremely important for any driver to be aware of their surroundings and allocate all of their energy to driving safely, eliminating distractions, and keeping themselves and their passengers safe.

How can you eliminate distractions on US 27?

It is easy to get caught up in distractions while on the road. It is easy to turn your head for “one second” after you’ve heard a buzz on your phone or someone in the passenger seat talking to you. The simplest, most basic, but probably best advice for driving on U.S. Route 27 and is: wear your seatbelt. Your car should not be moving if you or any of your passengers are unbuckled.

Another piece of advice to drivers is to turn off the radio if there are other people in the car with you, or at least turn it down a couple notches to ensure your own safety while on the road and to also make sure that the majority, if not all of your attention, is directed to getting to your destination safely. There are many distractions, but with the right mindset, anyone can practice safe driving and reduce their risk of being another statistic, even on the third most dangerous highway in the United States.

If you or a loved one was in involved in a car crash because of someone else’s negligence, call Brooks Law Group today at 1-800-LAW-3030 for a free consultation. Attorneys at Brooks Law Group understand that even though you may take every precaution there are drivers who don’t so they are ready to help you seek compensation. 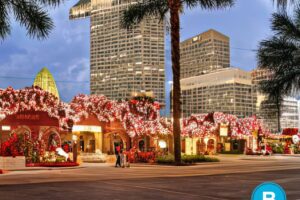