A defect occurring in certain GM vehicles from 2005-2011 has been alleged to have resulted in crashes that claimed over 300 lives and left many more injured.

Even more shocking, GM knew about the defect in the vehicles for over 10 years before issuing any recalls or an apology, and has still only acknowledged 12 deaths caused by the defect.

How does the malfunction due to the defect occur?

The malfunction is caused by a defective vehicle ignition switch, which is 1.6 millimeters less “springy” than it should be, producing weaker tension. This weaker tension causes the ignition switch to turn to the “off” or accessory position, which can be triggered by something as simple as having more than one key on the vehicle key’s keychain. Other events, such as road conditions being bumpier than usual or other so-called “jarring” actions that shake the switch just the right way, could also cause the malfunction. When the ignition switches to the “off” or accessory position, the vehicle loses power, starting a domino effect: the electrical system fails, which can disable the power braking and steering and prevent airbags and seat belts from deploying or working in response to an accident.

What vehicles are affected? 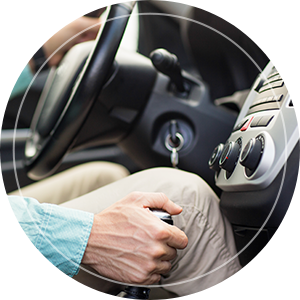 Have you been hurt in a crash caused by a faulty ignition switch? Learn about your legal rights now.

Did GM know about the faulty ignition prior to the crashes occurring?

Yes. GM employees knew about the faulty ignition for almost a decade before finally recalling 2.6 million vehicles in February 2014. The first red flag went up in 2001, when GM detected an ignition defect during pre-production testing of the Saturn Ion. Instead of stopping production or discontinuing use of the ignition switch, GM continued to use the defective switch on the Ion and other vehicles.

Two years later, a service technician examined why a Saturn Ion had stalled. After simply changing the key ring – which fixed the problem – the technician ended the inquiry.

GM recognized the defect again in 2004 as the Cobalt moved in to replace the Cavalier. Before GM even launched the Cobalt, it learned that the Cobalt can be “keyed off” with the knee while driving. The engineering manager of the Chevy Cobalt, however, closed an investigation into the ignition switch problems, finding that proposed solutions would take too long and cost too much. The Cobalt was then launched with the defective switch. Reports later indicated that the fix would cost less than a dollar per car.

In 2005, yet another solution was proposed by engineers: simply change the key from a slot to a round hole to ease the stress on the switch. GM adopted this proposal, but later canceled its approval. Instead, GM notified its dealers via a service bulletin that the defect can occur when “the driver is short and has a large and/or heavy key chain … the customer should be advised of this potential and should … unessential items from their key chain.” The company also told dealers that an insert on the key head could fix the problem. However, according to records, only 474 customers got the insert. And still, no recall.

In July 2005, Amber Marie Rose, 16, became the first victim of this defective switch when she died in a frontal crash in her 2005 Cobalt. A National Highway Traffic Safety Administration (NHTSA) contractor determined that the Cobalt’s ignition had moved out of the “run” position and into the “accessory” position, which cut off power to the power steering the air bags. It wasn’t until 2007, however, that NHTSA safety inspectors informed GM of the circumstances involved in Rose’s crash.

In April 2006, GM authorized the manufacturer of the switch to change the defective part. But because the manufacturer introduced the new part during the 2007 model year, only 2008 model GM vehicles were affected. GM took no remedial action taken to fix the cars already on the road with the defective part. Further, the part number of the switch was never changed, making it less obvious to dealers whether the part was the old, defective one, or the newer, safer configuration. Therefore, some newer GM vehicles may have inadvertently received faulty switches when having their vehicles repaired.

In October 2006, another driver also perished when the airbags failed to deploy. The subsequent investigation revealed the ignition switch was in the Accessory position.

From 2007-2013, GM continued to get complaints and continued to investigate frontal crashes in which the airbags failed to deploy. GM finally determined that the original switches – those made before the 2006 design modifications – failed to meet GM’s minimum specifications, and that significant differences existed between new switches and the prior, faulty ones. On February 13, 2014, GM made the decision to recall the Cobalt and G5 vehicles – less than half the vehicles with the potentially faulty part. On February 25, 2014, it recalled the rest of the vehicles with the part.

What consequences has GM had to face?

For delaying the ignition recall, GM agreed to pay the maximum fine of $35 million to the NHTSA. Additionally, GM will be subject to closer oversight by the regulator. The Justice Department is also considering whether to bring criminal charges against GM. Of course, GM is also facing numerous civil lawsuits.

What legal rights do you have if you are a victim of one of these defects?

All automakers have a duty to the public to produce safe vehicles and to promptly take remedial action to repair safety defects on their vehicles. Personal injury claims based on manufacturer liability, as well as wrongful death claims (filed by surviving family members of the deceased) may be filed as a result of injuries or deaths sustained from defective vehicles.

Damages from these claims may include:

The Attorneys at Brooks Law Group understand that car accidents are traumatic events, and car accidents caused by the negligence or misconduct of the car manufacturer add even more emotion to these events because they are preventable. Our attorneys are experienced in these types of cases and are ready to handle your claim.

If you or a family member has suffered a personal injury or death from a car crash tied to a defective GM ignition key or switch, call Brooks Law Group to speak with our Florida GM ignition switch recall attorney regarding your potential claim. Initial consultations are free and can be a no risk chance to know your legal rights.