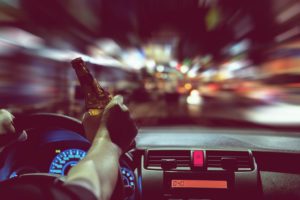 For residents of Florida, driving is a bit unusual. As a visitor, you may believe that turn signals are optional here—they are not. You might think that the left lane is no longer for passing in this state—it still is. Maybe you think it’s perfectly legal to drive with faulty brake lights (since every car seems to be missing at least one). It isn’t. Although law enforcement might be more lenient with these habits, one remains inexcusable: drunk driving. And, with the arrival of the holiday season, it’s only more likely to happen.

Brooks Law Group stands against driving under the influence. If you or a loved one has been in an accident due to someone else’s negligence, contact us today.

Across the nation, a blood-alcohol concentration (BAC) of .08 is the legal limit. In Florida, 1 out of every 110 miles driven in Florida is driven by someone above .08 BAC. 3,133 fatal accidents in Florida that occurred in 2018 (which averages one nearly every 3 hours). 814 of those were caused by drunk drivers. That’s only fatal accidents—let alone the countless nonfatal ones caused by impaired drivers who were under the influence.

Although this is an issue everywhere, Florida has been especially affected by driving under the influence. The national average of drivers who admit to driving after drinking too much is roughly 1.9%. In Florida, however,  the average is 2.1%. Florida drivers are more likely to be in an accident where someone was under the influence than in most other states. They’re more prone to drive drunk and be victimized by it than almost any other state in the country. Although the difference is slim, it’s not trivial.

The Price of Drunk Driving in Florida

DUI/DWIs cost the nation nearly $44 billion annually. To put this in perspective, the average cost of a drunk-driving fatality is $3.4 million. This amount would indebt the majority of us for life. For non-fatal accidents, that cost drops to roughly $100,000—a great deal less, but still a pretty penny. It’s safe to say that the majority of Americans quite literally cannot afford to drive drunk.

These statistics only cover half of the story of the price for drunk driving. They don’t account for the pricelessness of lives lost in fatal accidents or the quality of life lost in nonfatal ones. They also do not account for the loss of driving privilege and other consequences of DUI/DWI infractions. Long story short, it’s not worth it to drive drunk, especially in the state of Florida.

Drunk Driving during the Holidays

It should come as no surprise that the holiday season and wintry weather cause an increase in alcohol consumption. With this, an increase in drunk driving occurs as well. Over the course of the last decade, holiday crashes accounted for 21% of all fatal DUI/DWI crashes. This occurred even though national holidays make up less than 3% of the calendar year.

So, it should go without say that it’s very important to practice safe driving habits throughout the holiday season. Between bad weather and increased impaired driving, the holiday season can be a dangerous time to be behind the wheel. If you plan on driving this season, you should:

And if you’ve had a drink, do not drive. Driving while under the influence is not worth it.

We get it—the holidays are a time of great fellowship and community for families and friends everywhere. During the celebrations and festivities, however, it is important to remember that no amount of celebration calls for endangering others. If you plan on drinking this holiday, please stay out of the driver’s seat—for your sake and others. Enjoy this holiday season responsibly!

If you’ve been injured by a drunk driver, during the holidays or throughout the year, call Brooks Law Group. We will fight for compensation for your injuries. Contact our drunk driving accident attorneys to find out about your rights and options. Call us now at 1-800-LAW-3030 and find peace this holiday season with Brooks Law Group.