Defensive Driving? Not in Florida 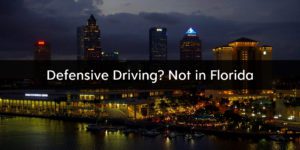 There’s nothing like bumper-to-bumper traffic to get your blooding boiling. If you live in a densely packed city, you’re no stranger to what traffic congestion does to people. Tempers flare and defensive driving goes right out the window. According to a recent study, Florida cities are well-represented as far as aggressive drivers go. Are you surprised?

GasBuddy, a tech company that focuses on providing people with the cheapest gas prices, recently conducted a study on which cities had the most aggressive drivers. The company took the information from drivers using their app to determine how aggressive the drivers were in cities across the country.

What makes a driver or city aggressive? The study looked for what were considered aggressive events — such as speeding, sudden braking or rapid acceleration. According to GasBuddy, aggressive events like these can cost the average drivers hundreds of dollars per year in additional gas costs. The more aggressive a driver is, the more they spend in lost gas mileage costs.

If you’ve spent any time driving around our state, you’ve run into your fair share of aggressive drivers. The closer you are to a big city, the higher the tempers flare.

Of the top 30 cities, there are 3 Florida cities that made the list.

According to the study, drivers in Orlando are almost 10% more aggressive than the average driver in the US. I imagine the constant construction and massive number of tourists coming in every year contribute a lot to its ranking. Orlando also came in the top 3 for cities with the most speeding. 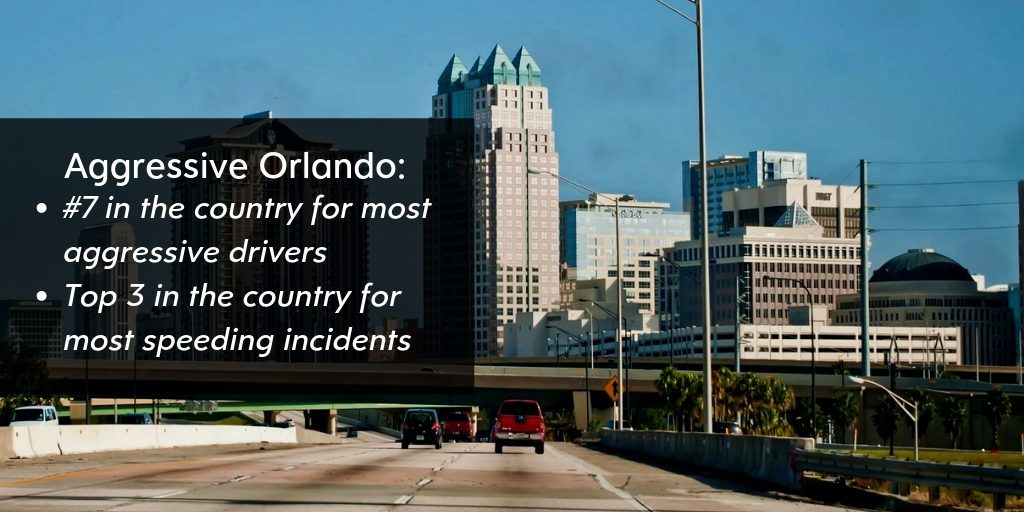 The Cost of Aggressive Driving

There are many costs to driving aggressively. From a purely practical standpoint, you’ll pay much more per year in gas, for instance. Aggressive drivers may be lowering their miles to the gallon by as much as 40%. In other words, as gas prices continue to creep up, aggressive driving is costing Americans more and more every year.

In addition to cost added to your wallet, aggressive driving has deadly consequences, too. According Safe Motorist, a national provider of driver education courses:

It’s not just costing you money. As a result of aggressive driving, thousands of people are being injured or losing their lives. It may be frustrating to be stuck on a congested road, but is it worth the cost to you and others?

If you or a loved one has been injured by an aggressive driver. You need an auto accident injury attorney. At the Brooks Law Group, our attorneys and staff will go above and beyond to get you the compensation you deserve for your accident. We’ll provide you with the best client experience possible every step of the way.

Call our offices at 1-800-LAW-3030 or fill out our free online case evaluation form today. Don’t wait, start your journey to justice today!