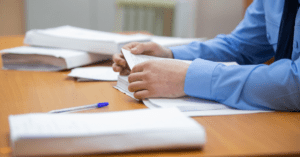 Paraquat is a widely used herbicide among commercial farmers. Though the European Union bans its use, the U.S. agricultural industry uses paraquat liberally. But it’s dangerous ― so lethal that users must be certified to apply it. Just a teaspoonful could kill a fully grown adult.

Obviously, most people aren’t swallowing paraquat. Still, exposure to the product has had other negative effects on human health. Numerous studies have shown a link between the use of paraquat and the onset of Parkinson’s disease.

If you were exposed to paraquat and later developed symptoms of Parkinson’s disease, you might be entitled to compensation from the product’s manufacturer. Contact the Florida paraquat lawsuit attorneys at Brooks Law Group today to discuss your case in a free consultation.

Paraquat is a chemical used to kill and control weeds and grass. Though it was first developed in the 1800s, it became widely used in the mid-20th century. Farmers and gardeners now use the herbicide on a variety of different crops, including:

Researchers have found a direct link between exposure to paraquat and an increased risk of developing Parkinson’s disease. Parkinson’s disease is a progressive nervous system disorder that impact’s a patient’s ability to move. It usually begins with palsy, or tremors, and progresses to stiffness and slowed movement.

According to studies cited by The Unified Parkinson’s Advocacy Council, teenagers and young adults exposed to paraquat have a 200 to 600 percent increased risk of developing Parkinson’s disease later in life, depending on their level of exposure. The Council also referenced the Agricultural Health Study, which revealed a 200 percent increased risk of developing Parkinson’s for farmers who mixed or applied paraquat. If they had a gene defect, then the risk was even higher.

Researchers don’t fully know what causes Parkinson’s disease. However, evidence suggests it is caused by a combination of genetic and environmental variables. Certain chemicals, including paraquat, can increase the creation of specific oxygen derivatives that damage cell structures and ultimately lead to Parkinson’s.

Who Can File a Paraquat Claim?

If you or a loved one were exposed to paraquat for a period of time and later developed Parkinson’s disease, you could have a valid paraquat claim against the manufacturer. Some of the conditions or symptoms that could stem from paraquat exposure include: 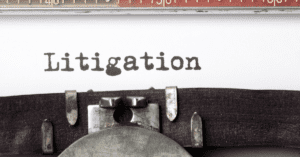 Generally, those exposed to paraquat for at least 20 days in their lifetime or 10 days in a given year are eligible to file a paraquat claim. You may also be able to file a claim if you were exposed for less time but had a strong direct exposure.

You may qualify for compensation if you mixed, sprayed, applied, or handled paraquat, lived near an agricultural area where paraquat was regularly used, or were exposed to paraquat in some other way.

The best way to know if you have a case is to talk to a knowledgeable paraquat attorney about your circumstances and legal options.

Compensation in a Paraquat Lawsuit

While no amount of money can make up for the pain and suffering caused by Parkinson’s disease and other conditions, it can help to relieve the financial burden. Through a paraquat lawsuit, you might be able to recover compensation for:

Punitive damages are also possible. These damages are designed to “punish” the defendant for excessive recklessness or negligence, though judges and juries rarely award them.

The Florida paraquat lawsuit attorneys at Brooks Law Group can help you determine and document the full extent of your losses so you can pursue the full and fair compensation you deserve.

To prove a product liability case, you would usually use the doctrine of strict liability, which allows you to hold the manufacturer or distributor liable for the losses you have suffered without necessarily having to show that they were negligent.

Though you don’t have to prove negligence, you must prove that:

While the theory of strict liability may seem straightforward, cases against any major corporation can be incredibly complicated. You will need a seasoned paraquat injury attorney to collect the persuasive evidence required to make your case.

How Brooks Law Group Can Help

The paraquat lawsuit lawyers at Brooks Law Group are skilled litigators with decades of experience representing clients in defective product cases. If you were diagnosed with Parkinson’s disease after exposure to paraquat, we will demand compensation to support you as you battle this progressive and incurable condition. You can count on us to push for accountability and justice for you during this difficult time.