Home Blog Boating Accidents: Everything You Need to Know

Boating Accidents: Everything You Need to Know 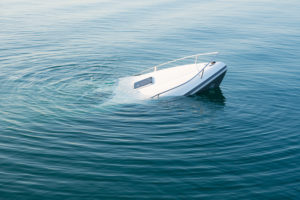 Living in the Sunshine State sure has its perks. One is having so many ways to enjoy a day on the water. Maybe you love fishing in your favorite spot on Winter Haven’s Chain of Lakes or hanging out at one of the beaches near Tampa Bay. Live here long enough and you’re sure to find yourself spending time out on a boat. But did you know that Florida boating accidents are more common than you might think?

Last year, the US Coast Guard reported 4,168 boating accidents across the United States. A tragic 613 boaters died because of these accidents, and over 2,500 were injured. Furthermore, there was a whopping $55 million in property damage. Here’s how these statistics looked in Florida last year, as reported by the Florida Fish and Wildlife Conservation Commission (FWC).

What were these boaters doing at the time of the accident? You might think they were trying a dangerous stunt, but you’d be wrong. The vast majority of boats involved in an accident were simply cruising.

In 2019, there were 453 boating injuries, up from 307 in 2018, according to FWC. The most frequent injuries were lacerations and contusions. Many suffered from head, back, and neck injuries as well.

56% of victims were occupants in the boats compared to 43% that were operating a boat. Most of those injured were not wearing a personal flotation device (PFD). About 45% of accident victims were ejected from the boat during an accident.

Across the US, the leading cause of death in a boating accident was drowning. 439 people died by drowning in 2019. It turns out that only 57 were known to be wearing a life jacket when they died. That means at least 82% of drowning victims were not wearing a life vest that could have saved their lives.

So, what caused these accidents? Just as distracted driving has become a huge problem, it looks like distracted boating is an issue as well. Inattention has been the primary cause of boating accidents since 2015. This was the leading cause in Florida, as well as across the country.

In second place was operator inexperience. 57% of boat operators in accidents had no boater education at all. It’s obvious that not having the proper education can wreck your boating plans—literally.

It is interesting to note, however, that 52% of operators in boat accidents actually had 100+ hours of experience. Experienced boaters may feel more comfortable and allow themselves to lose focus.

The third highest cause of accidents was excessive speed. Although speed limits might not be posted on the ocean like they are on the road, it’s always important to travel at a safe speed.

It may surprise you that only 5% of injured victims in Florida were using drugs or alcohol during the crash. Across the US, the percentage was only around 7%. However, it was the leading contributing factor to 23% boating accident fatalities.

How to Avoid Boating Accidents

Now that we’ve seen the effects of boating accidents, how can you avoid them? Well, it may be impossible to completely avoid an accident—after all, that’s why they’re called “accidents.” But you can do your best to reduce your risk and stay prepared for whatever happens.

What to Do If You’re in a Boating Accident

We hope that you’re never in a boat crash, but we also know that unexpected things happen every day. It’s best to stay prepared and know what to do in the event of a boating accident.

You can report boating accidents to either FWC or the sheriff/police department of the county where the accident happened. You have to report accidents that caused a death or disappearance, a serious injury, or over $2,000 in property damage.